Cut on the Bias: The social fabric of women's lives in Maputo, Mozambique

This thesis is an ethnography of women from a poor, periurban neighbourhood of Maputo, Mozambique, during a period of neoliberal socioeconomic transformation. The study looks at how women from the neighbourhood (despite expectations of increased individualism and capitalist aspiration) actively strive to produce relationships that are intrinsically hierarchical and grounded in bonds of duty and obligation. It explores the different settings in which they cultivate these relationships: within the domestic sphere and the neighbourhood, but also in professional or institutional settings. And it examines the ends to which they put such relationships: marriage, moving to another area of the city or to a self-built house, earning a living, putting their children through school, or generally securing a future and a social position in which they are respected, recognised and cared for. Guided by their wishes and plans to make a good life, they articulate intersecting notions of propriety, status and influence, which are realised in their network of relationships and dependent on the quality of these bonds and of the people with whom they maintain such bonds. This ethnography, then, studies the ways in which these women’s networks of relationships, always personal, and always produced on the premise of difference, become constitutive of their person.

By exploring these movements, the thesis argues that the making of a social person is a process of establishing and balancing personal relationships of dependence that come to compose one’s personhood. In their efforts to weave these bonds, these women strive neither for equality nor closeness, but rather for an adequate hierarchical distance, a “tilt”. The analysis leads to a conceptualisation of personhood as a tensile, hierarchical collectivity: a composite of personal relationships of dependence that demands continuous balancing. The thesis’ narrative starts within the domestic space and moves outwards into the other spheres that are part of these women’s lives, and in so doing it comes to map the social landscape of Maputo, presenting a city composed of gendered, unequal, personal relationships of dependence that are modelled on kinship. By analysing social personhood in terms of a composite of personal relationships that are intrinsically unequal, the argument shows how Maputo’s social urban fabric is materialised in the physical organisation of the city, made of porous socio-spatial separations that define the movements of its dwellers and characterise a society with no civil arena, where all social spaces are personalised.

With classic sociological definitions of personal and impersonal relations as a backdrop, together with assumptions derived from psychological and sociological understandings of intimacy that are bound to specific, western conceptions of the individual, I discuss how intimacy and dependency in African contexts are imbricated aspects of relationality, and central to the process of production of men and women. I do so from a gendered perspective, building towards a reflection on important differences in the process of production of social personhood, which expands our understanding of dependence and intimacy in an African context by including the unequal positions of men and women in these relationships, yet undiscussed in this light. Importantly, the argument adds to debates surrounding democratisation and development projects in African countries in that it uses local practices of morally good relationships and local understandings of the collective and the public to problematise the unquestioned adoption of equality and democracy in international agents’ practices and in global discourses. 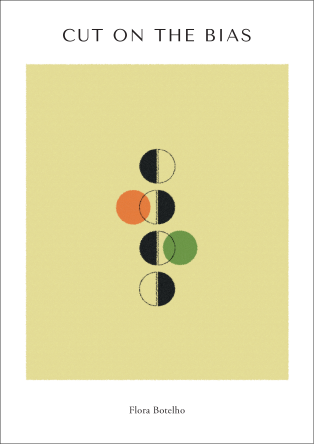