Parkinson’s disease (PD) is a neurodegenerative disorder cardinally marked by motor symptoms, but also sensory symptoms and several other non-motor symptoms. PD patients are typically treated with dopaminergic medication for several years. Many patients eventually experience bouts of periods where medication might not be able to effectively control symptoms as well as experience side-effects of long-term dopaminergic treatments. Deep brain stimulation (DBS) is an option as the next therapeutic recourse for such patients. DBS treatment essentially involves placement of stimulating electrodes in the subthalamic nucleus (STN) or the globus pallidus internum (GPi) along with an implanted pulse generator (IPG) in the sub-clavicular space. STN-DBS alleviates motor symptoms and leads to substantial improvements in quality of life for PD patients. Although DBS is known to improve several classes of symptoms, the effect mechanism of DBS is still not clear. While there is a lack of electrophysiological investigation of sensory processing and the effects of treatments in PD altogether, the electrophysiological studies of the cortical dynamics during motor tasks and at rest lack consensus.

We recorded magnetoencephalography (MEG) and electromyography (EMG) from PD patients in three studies: (i) at rest, (ii) during median nerve stimulation, and (iii) while performing phasic contractions (hand gripping). The three studies focused on cortical oscillatory dynamics at rest, during somatosensory processing and during movement, respectively. The measurements were conducted in DBS-treated, untreated (DBS washout) and dopaminergic-medicated states. While both treatments (DBS and dopaminergic medication) ameliorated motor symptoms similarly in all studies, they showed differentiated effects on: (i) increased sensorimotor cortical low-gamma spectral power (31-45 Hz) (but no changes in beta power (13-30 Hz)) at rest only during DBS, (ii) somatosensory processing with higher gamma augmentation (31-45 Hz, 20-60 ms) in the dopaminergic-medicated state compared to DBS-treated and untreated states, and (iii) hand gripping with increased motor-related beta corticomuscular coherence (CMC, 13-30 Hz) during dopaminergic medication in contrast to increased gamma power (31-45 Hz) during DBS.

Firstly, we infer from the three studies that DBS and dopaminergic medication employ partially different anatomo-functional pathways and functional strategies when improving PD symptoms. Secondly, we suggest that treatments act on pathological oscillatory dynamics differently at cortical and sub-cortical levels and may do so through more sophisticated mechanisms than mere suppression of the pathological spectral power in a particular band. And thirdly, we urge exploring effect mechanisms of PD treatments beyond the motor system. The effects of dopaminergic medication on early somatosensory processing has opened the door for exploring the effects of treatments and studying their mechanisms using electrophysiology, especially in higher order sensory deficits. Integration of such research findings into a holistic view on mechanisms of treatments could pave way for better disease management paradigms. 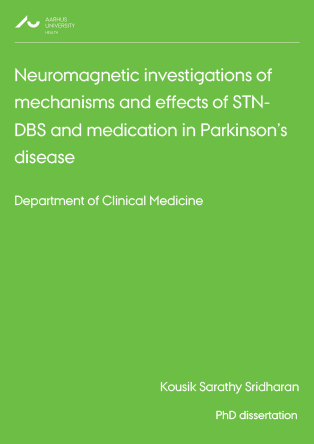