Influence of smectite content on the deformation behaviour of clay

A number of structures are planned to be constructed on or in the Palaeogene clays in Denmark, e.g.\ the re-development of Aarhus Ø and the construction of the Femern Fixed Link. The Palaeogene clays are generally of very high plasticity, hold low strengths and have high deformation potentials despite being previously compressed by past glaciations. When unloaded the clay adsorbs water and swells profoundly. These geotechnical traits pose a challenge and must be accounted for when designing a structure situated on high plasticity clays. When not considered, the features of the Palaeogene clay may pose a safety concern for the building and settlements may develop over time.

Previous studies on Palaeogene clays in Denmark have shown, that the well-known index relations used in Danish geotechnical practice are generally not valid for the in situ behaviour of high plasticity clays. Moreover, several studies illustrates how the vertical yield stress derived from the compression curves of high plasticity clays does not reflect the previously sustained overburden, which normally is the case for clays of low to medium plasticity. The feature have been described as "lack of stress memory".

Based on a number of tests, conducted following different loading programmes, a deformation model framework is presented which captures the essential features of the high plasticity clays. The model reproduces the compression curves obtained from testing of artificial specimens quite well and have also successfully been applied to reproduce compression curves from oedometer tests on intact natural highly plastic clays presented in literature. Based on the conducted tests it was observed that the lack of stress memory was related to the void ratio increase on a former unloading step, and thus directly affected by the smectite content of the specimen and the extent of unloading. It was also found that the compression potential in normally and overconsolidated conditions is dictated by smectite content but also affected by the length of the stress path followed during testing. 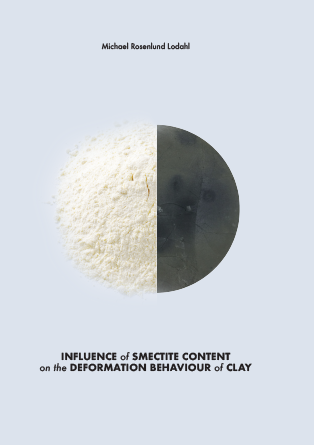