The subject of the following article is N.F.S. Grundtvig’s (1783-1872) apologetics as contained in his two major theological treatises ’On True Christianity’ and ’On the Truth of Christianity’ published in 1826-27. The particular focus is on Grundtvig’s critique of reason and his concept of truth. Having outlined Grundtvig’s ideas on the necessity and strategy of Christian apologetics, the article moves into a discussion of Grundtvig’s highly polemical fight against his ‘enemies’, conveniently subsumed under the label ‘rationalists’. In this discursive fight, Grundtvig’s philosophical weapon is a pre-Kantian use of the principle of contradiction, while theologically he relies on a theological concept of truth informed by his favorite gospel of John. Together, this double background is responsible for what is probably the most salient feature of Grundtvig’s apologetics, i.e. its markedly dualistic (either/or) character. 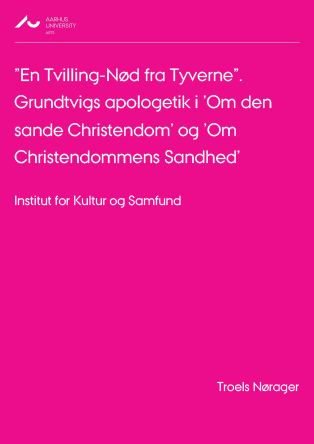