Software for mission-critical systems is sometimes analysed using formal specification to increase the chances of the system behaving as intended. When sufficient insights into the system have been obtained from the formal analysis, the formal specification is realised in the form of a software implementation. One way to realise the system's software is by automatically generating it from the formal specification -- a technique referred to as code generation. However, in general it is difficult to make guarantees about the correctness of the generated code -- especially while requiring automation of the steps involved in realising the formal specification. This PhD dissertation investigates ways to improve the automation of the steps involved in realising and validating a system based on a formal specification. The approach aims to develop properly designed software tools which support the integration of formal methods tools into the software development life cycle, and which leverage the formal specification in the subsequent validation of the system. The tools developed use a new code generation infrastructure that has been built as part of this PhD project and implemented in the Overture tool -- a formal methods tool that supports the Vienna Development Method. The development of the code generation infrastructure has involved the re-design of the software architecture of Overture. The new architecture brings forth the reuse and extensibility features of Overture to take into account the needs and requirements of software extensions targeting Overture. The tools developed in this PhD project have successfully supported three case studies from externally funded projects. The feedback received from the case study work has further helped improve the code generation infrastructure and the tools built using it. 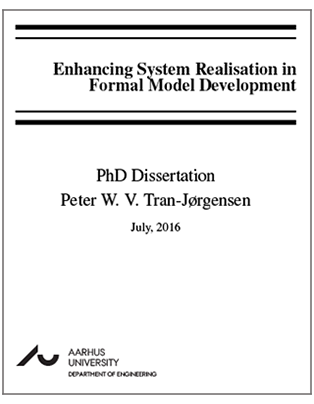