Tales from the pondscape: Living among the ruins of large-scale aquaculture in Tarakan, Indonesia

Overall, this dissertation is about what to do when livelihoods disappear and resources run dry. When your shrimp pond yield less and less, when former rich fishing grounds one day are depleted, when the loans on your pond or your boat need repayment and there is no more to sell. The dissertation is based on 11 months of fieldwork in and around Tarakan, the only city in the Indonesian province of North Kalimantan, a center for an extensive aquaculture-industry and a home for thousands of fishermen.

More specifically, the dissertation is about life in and around what I term the pondscape, a 1500 km2 wide area, transformed in the late 90s from mangrove swamps to an endless sprawl of ponds built towards farming tiger shrimp (Penaeus monodon). But the farming of tiger shrimp have started to fail more and more often. Today many, especially older ponds, are abandoned and in spite of new ponds constantly being opened further and further from Tarakan, overall production has stagnated at best. Owners are left indebted and thousands of the sharecropping caretakers in charge of the daily work at the ponds lose their livelihoods. Fishermen living at the periphery of the pondscape started to experience decreasing catches already with the advent of the pondscape, and today most can only keep fishing because of the constantly rising prices of fish.

In the ruined pondscape, bereft of a reliable income, the caretakers left in charge of the failing ponds now rely on collecting mangrove crabs (Scylla spp.) for a living. Endemic to the mangroves that were cleared to make way for the pondscape, these bulky creatures are considered pests to shrimp farming, but can be sold, as they are considered delicacies by many. From warehouses in Tarakan, they are shipped alive across the border to Malaysia in great numbers, and from there to buyers all across the metropoles of South East Asia. This trade is contested though, as the (also most valuable) gravid females are illegal to collect and export, and an array of actors are involved in patrolling the narrow stretch of water separating Tarakan from Malaysia.

The scarcity of fish has led many of the fishermen living at the periphery of the ruined pondscape to change to more intensive trawl gears, originally introduced to catch wild tiger shrimp. This has created tensions with other fishermen who blame trawls for being too destructive. Additionally, the national government did in 2015 reactivate legislation that banned trawl for those very same reasons. In Tarakan however, fishermen organized by middlemen buyers of fish, protested and lobbied successfully against the newly activated laws, leading to a series of exceptions and exemptions being given by local authorities. To this date, an increasing number of Tarakan fishermen use trawl gears, despite them being illegal. All the while, landings continue to dwindle.

In this dissertation, I explore themes of extraction, ruination and connection in the context of a faltering resource frontier of farmed shrimp in Indonesia. Looking back at the economic history of the area, I trace past frontiers and resource booms that have taken place in the area, and which have in various ways paved the way for the present. Amidst this disassembling frontier, past choices restrict the possibilities of the future, and in the lives of the people in the upstream parts of global supply and commodity chains, ruins feature actively. Some enable new frontiers – for a while – while others encourage further destruction in the increasingly futile attempts of securing stable livelihoods.

I argue that the patron-client relationships that for centuries have fueled resource extraction and connected marginal places with global centers have, just as the crumbling  physical infrastructure of past frontiers, been incorporated and repurposed in the present. Debt based patronage have proved, on the one hand, to be an efficient way to translate between non-capitalistic modes of production and streamlined global supply chains through outsourcing the violent dispossession and environmental destruction of the frontier to opaque arrangements of debt and despair. On the other hand, old webs of patronage and the possibilities they afford, empower some people on the bottom of the commodity chain, by giving them access to new markets and possibly better futures, if but for a while, as a twilight complex of large-scale economic interests and political interests constantly seek to territorialize any such openings.

The dissertation is an empiric contribution, to a sparse regional literature, but it also adds to the growing multi-disciplinary debates on ecological collapses, environmental ruination and the restricted possibilities and escalating consequences of living with and within accelerating extraction and increasing societal heterogeneity within connection.

Within these debates, the focus on the interplay between capture fisheries and freshwater cultivation is still underexposed, especially when taking into consideration the monumental shifts in the sources of humanity’s consumption of seafood and the destruction being wrought in the process. A destruction taking place as we speak. 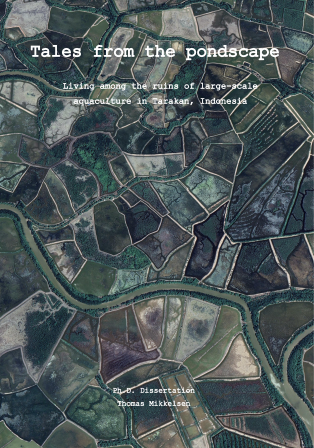